Logan Woodle’s works in metal deal with the mythologies that grow like weeds in the agrarian South. Woodle relates working in metal to that of the work of his ancestors in the fields of the family farm on which he now resides. Much of their man-powered labor is now completed by machines. Woodle’s handcrafted metalworks are, in turn, an ode to his ancestral past. In this regard, Woodle says, “I fold rows of copper as a harrow rolls hills of dirt, grateful for the ache given by the day’s efforts as it mimics those of the arthritic hands of my grandmother after a day in the fields.”

Each piece Woodle creates is a functional tool associated with his family farm. What makes each piece so unique and whimsical is its ornamentation. His sterling silver Clabber Ladle pours liquid from its udder-shaped basin. His biscuit cutter is imprinted with an image of his father’s nanny’s fingers. His copper gravy boat is shaped like a pig. These personal touches serve to remind the viewer not only of our agricultural heritage but also of the origin of the products we consume.

Woodle is a silversmith and educator who lives on his family farm in Conway, SC. He earned a BFA in sculpture from Winthrop University in 2009 and a MFA in Jewelry and Metalsmithing from Edinboro University of Pennsylvania in 2012. Woodle is an Assistant Professor of 3-D Art at Coastal Carolina University. His work has been featured in galleries and museums across the country and in the award winning book Humor in Craft by Brigitte Martin. 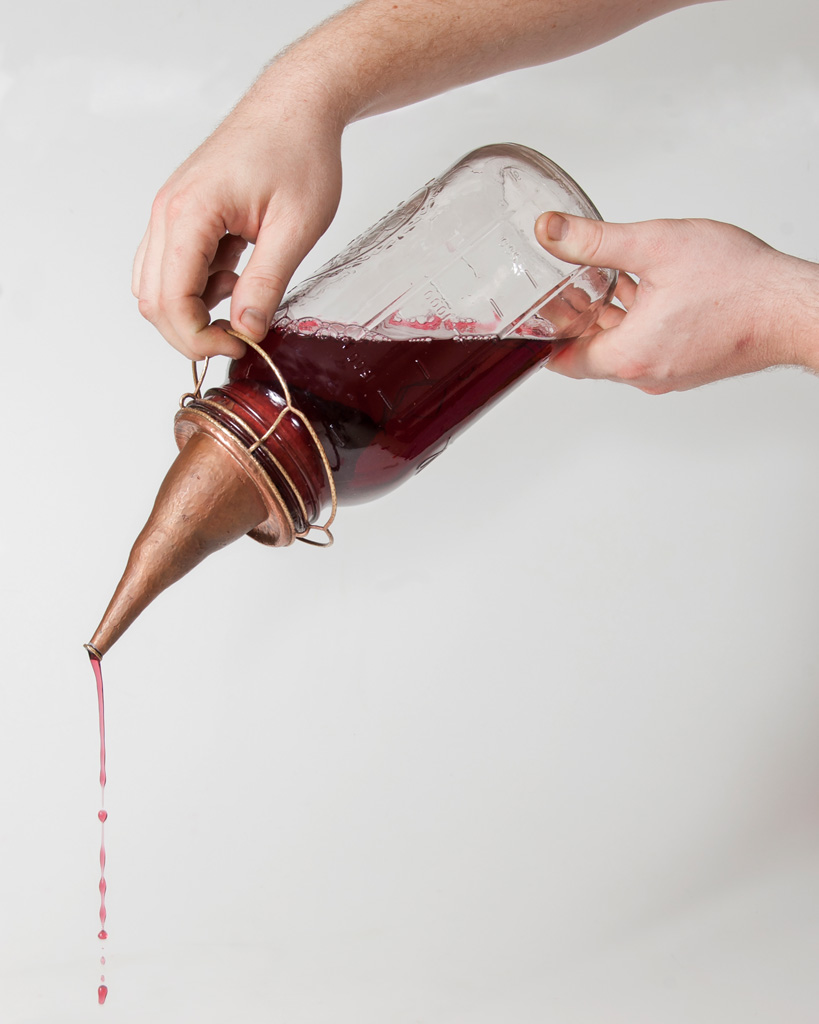 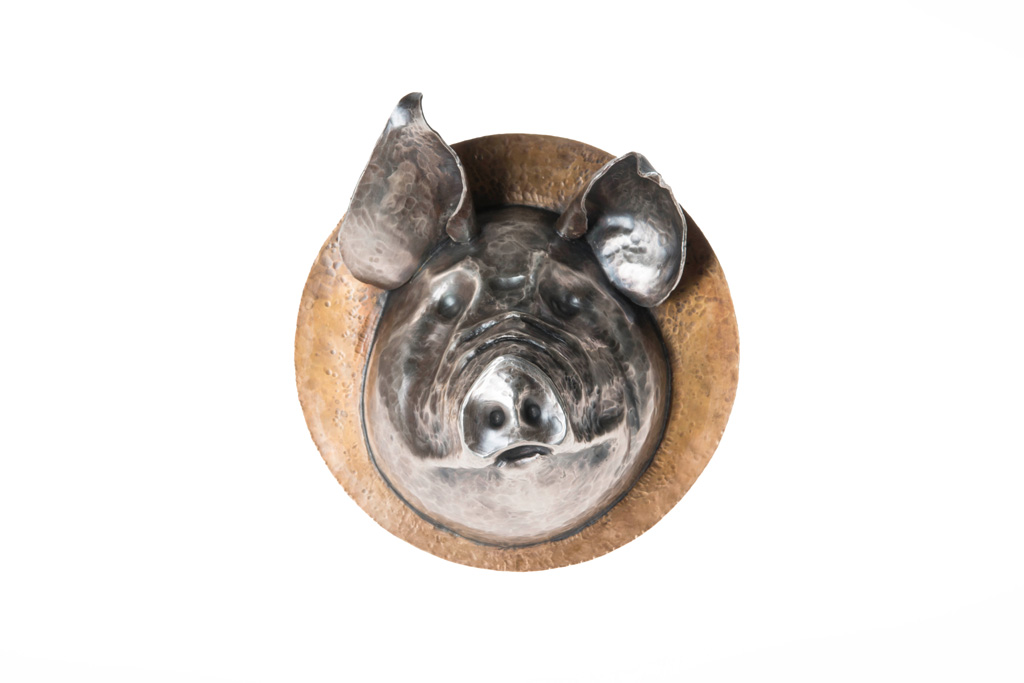 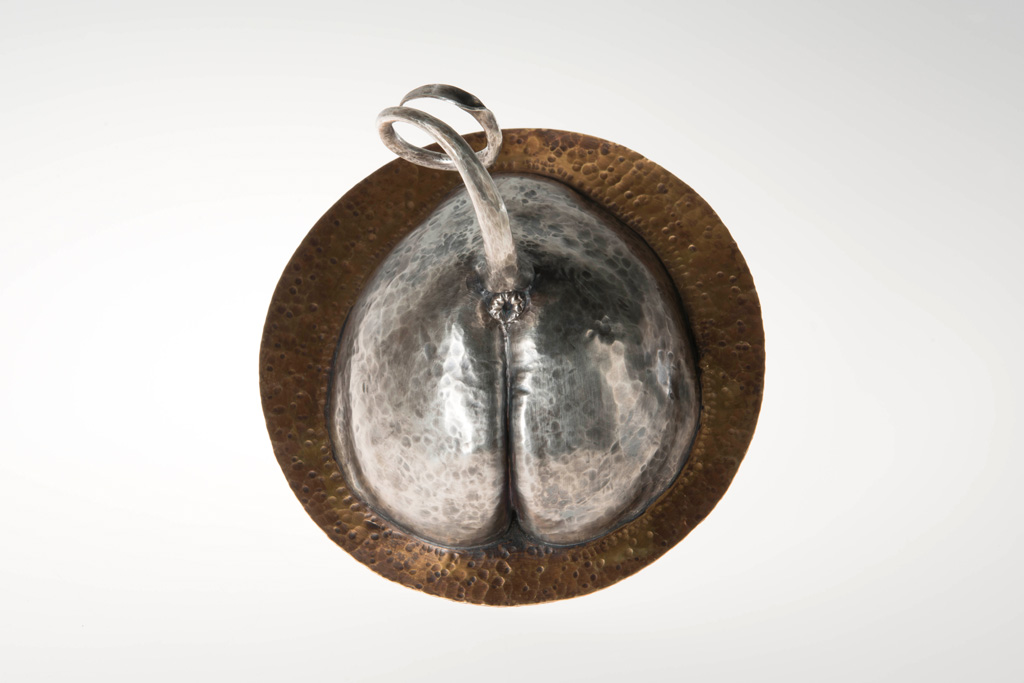 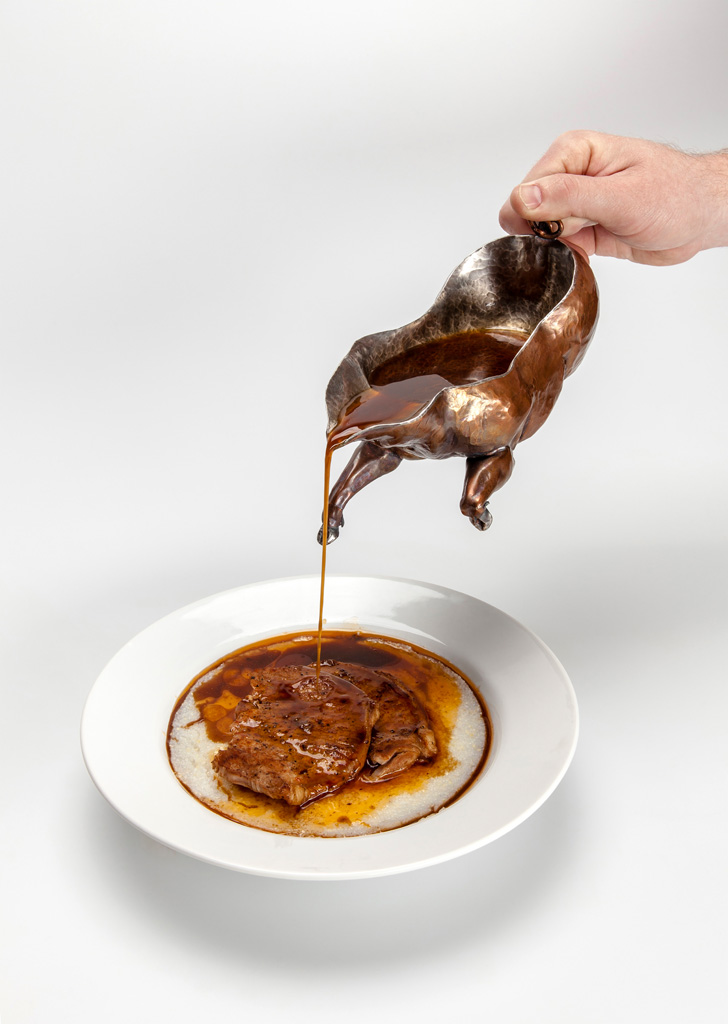 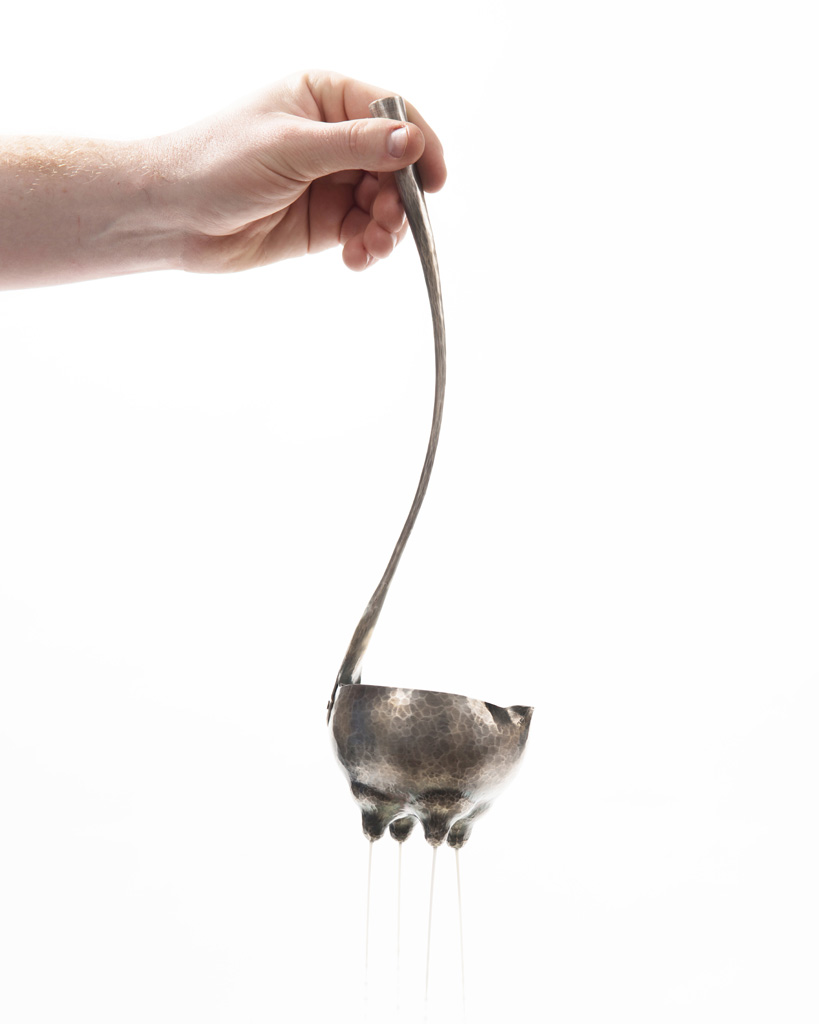 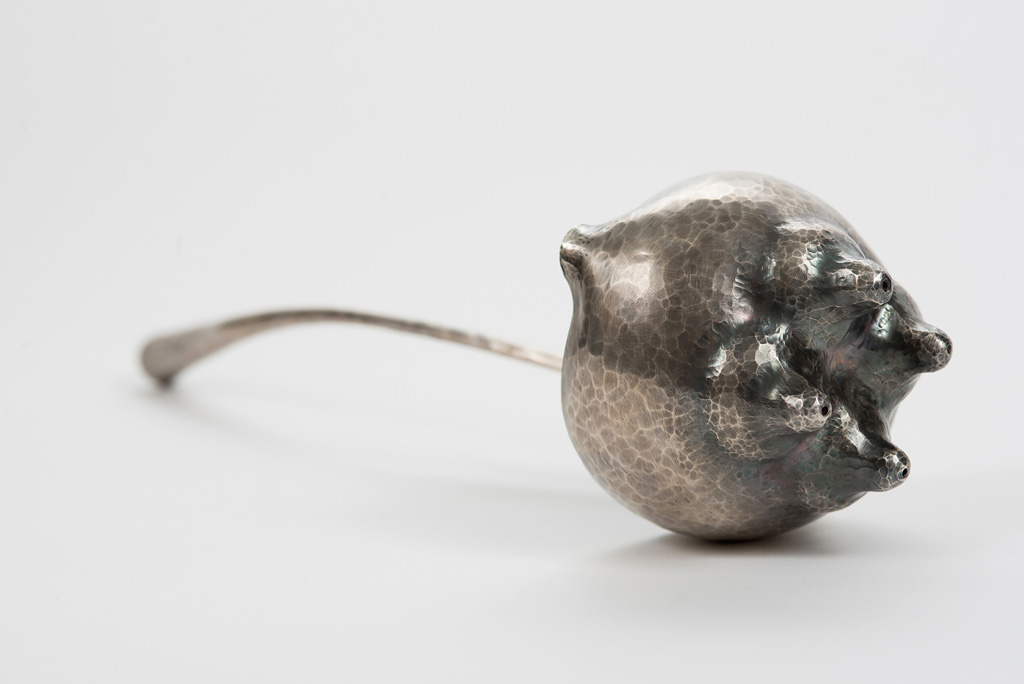