Among those instrumental in the creation of the Art Museum was a group of local artists formed in the late 1960s, called the Waccamaw Arts & Crafts Guild (WACG), which had amassed a small but growing collection of artworks through purchase awards from annual juried competitions beginning in 1970. Upon the Museum’s opening in 1997, the Guild’s collection of 46 works by 29 artists of regional renown became the Museum’s first gift of art and the beginning of its permanent collection. 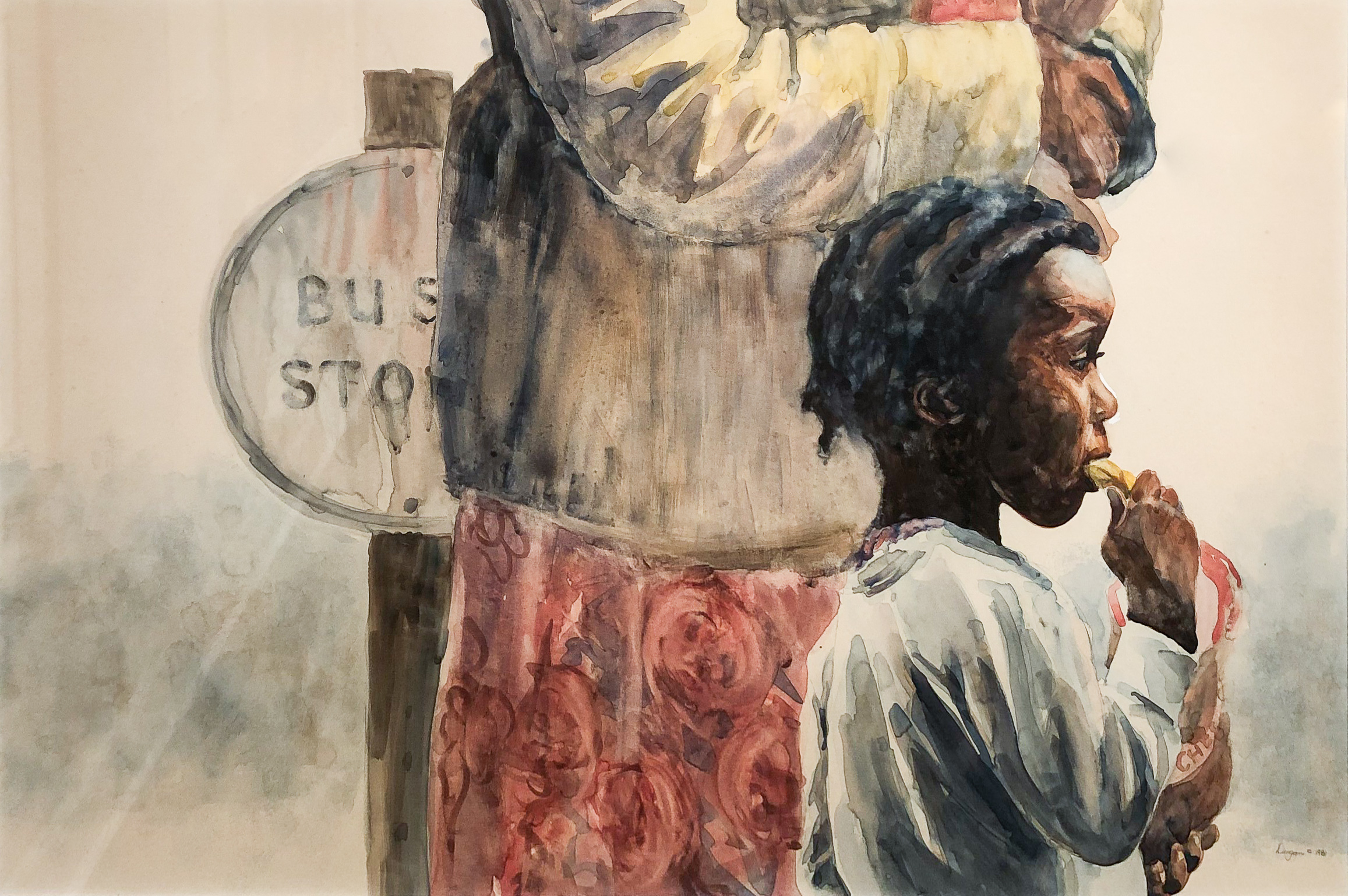 Did you know…?
This sweet depiction of a little girl eating chips while she waits at the bus stop with her Grama was awarded Best in Show in the 1982 Waccamaw Arts & Crafts Guild Annual Juried Exhibition. Artist Dixie Dugan [b. 1928, Parsons, KS] located to Myrtle Beach with her family in 1966. While she always had an interest in and knack for painting, it was not until the age of 50 that Dugan became formally trained as an artist, attending the University of South Carolina for a degree in fine art. While she gained initial success with her watercolor paintings, Dugan’s medium eventually evolved into what she continues to create, her paper paintings, which consist of collage-work of tiny torn pieces of Japanese rice and origami papers.