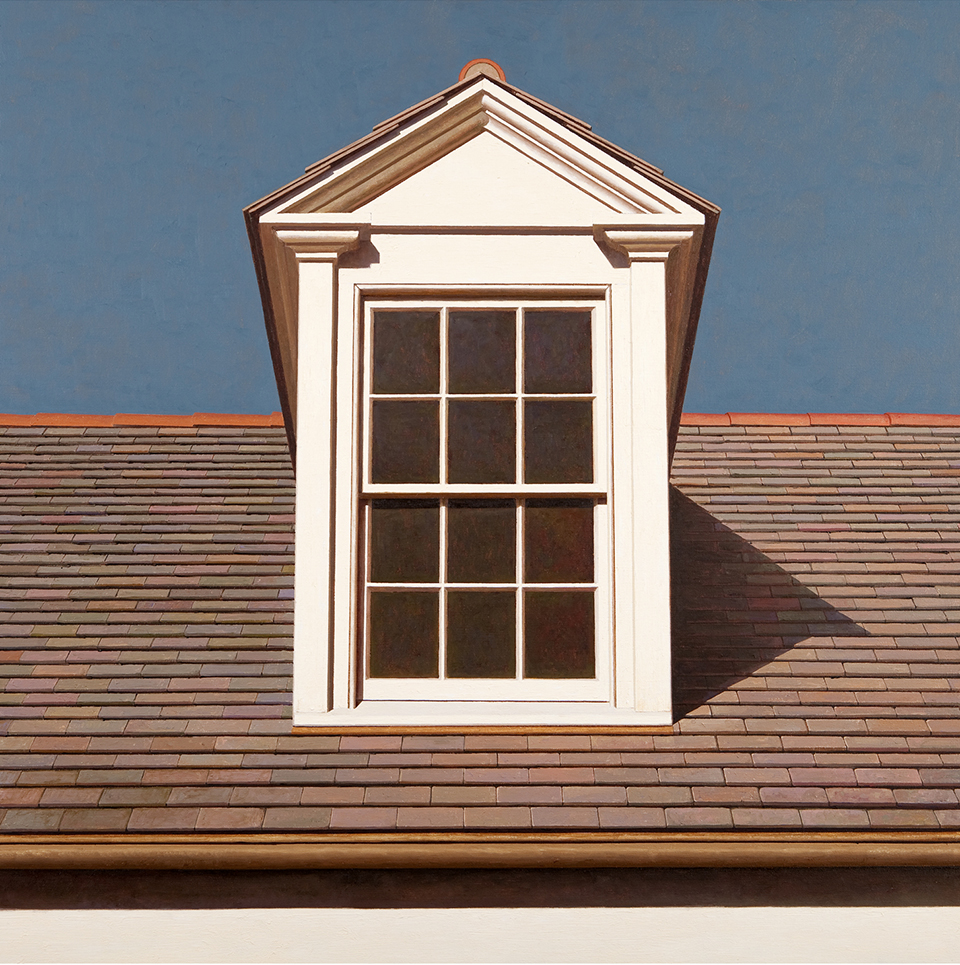 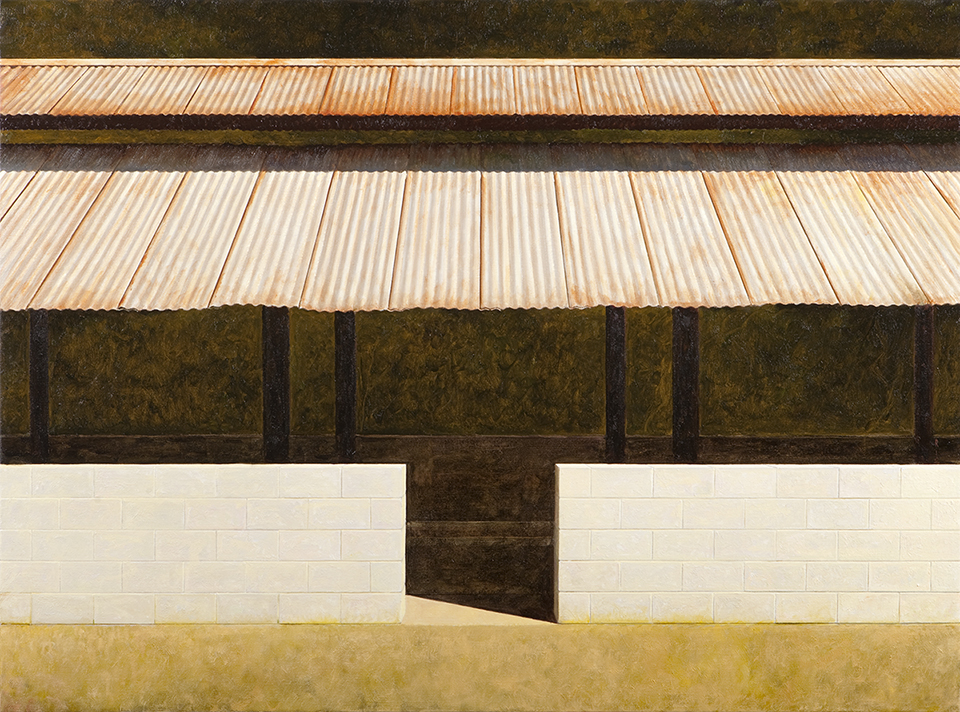 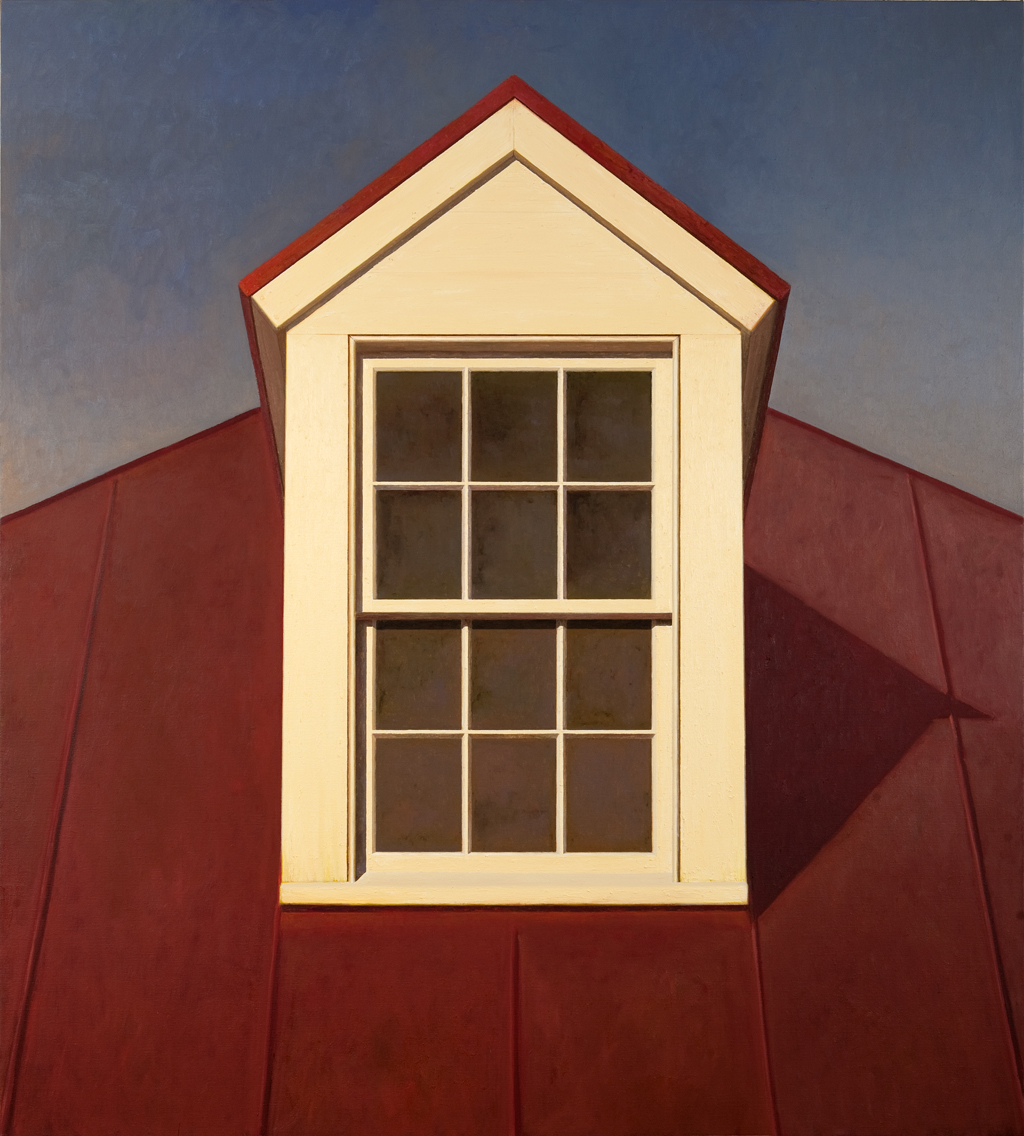 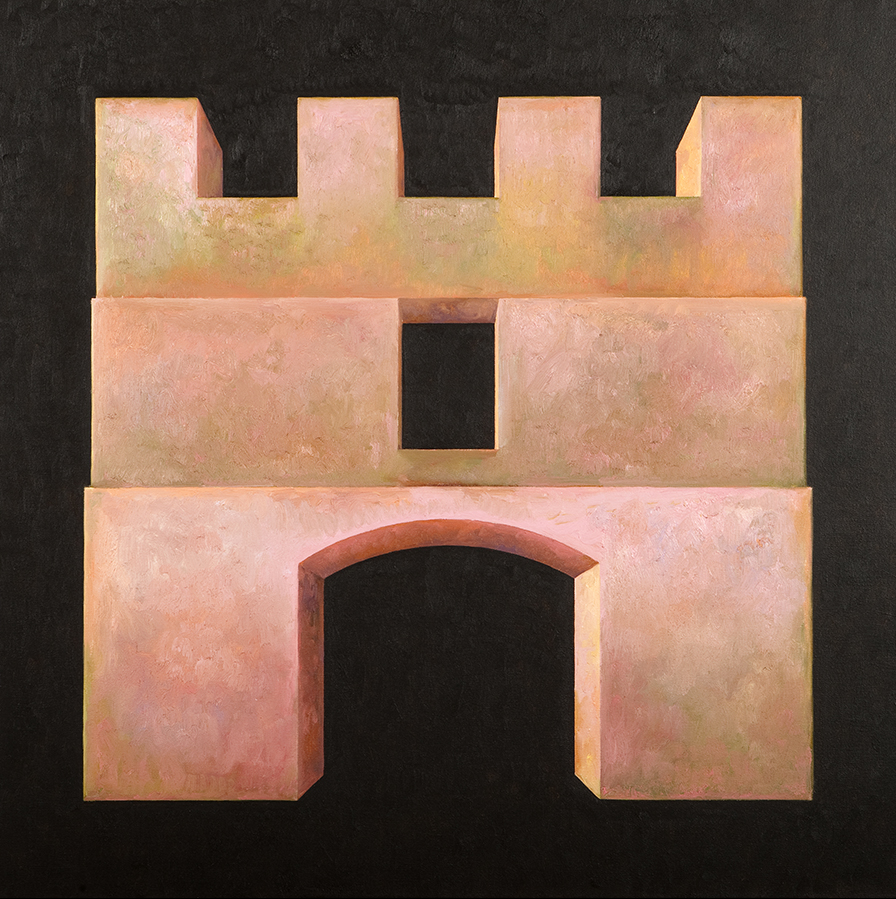 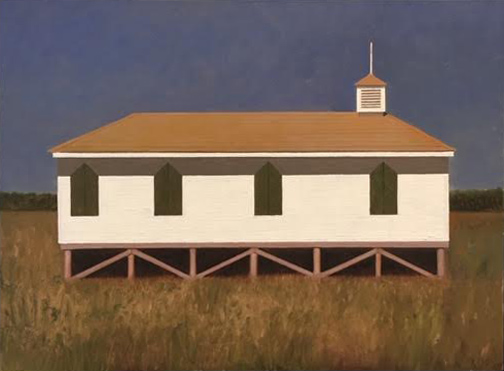 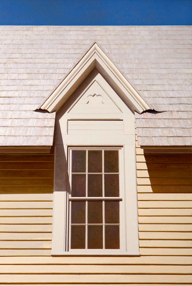 Edward Rice (b. 1953) of North Augusta, SC, paints both the mundane and the exceptional architectural delights of the South – mostly hailing from his native small town along the South Carolina-Georgia border. His meticulous works capture both the likeness and essence of his subjects, which may include whole buildings or details, such as cornices or windows. It is Rice’s ability to present the viewer with an everyday object in such a way that forces them to stop and see it with a renewed sense of understanding that pushes his work beyond mere depiction. David Houston (Director, Ohr-O’Keefe Museum of Art) remarked in 2011 that “the most fundamental issue at the center of his mature work [is] the tension between perception and representation.” One can recognize not only the laborious nature of Rice’s carefully planned and executed painting process, but also the extraordinary sense of character and familiarity he bestows upon his subjects. “My work, dependent as it is on close observation, has led me always to strive not to overlook the everyday,” remarks Rice.
Beyond Depiction features 25 architectural images spanning the last 26 years of Rice’s career. Rice is the recipient of a South Carolina Arts Commission Artist Fellowship, a National Endowment for the Arts/Southern Arts Federation Regional Fellowship and the Elizabeth O’Neill Verner Governor’s Award. His work has been exhibited widely and is housed in numerous museum collections, including the Columbia Museum of Art, Gibbes Museum of Art, Greenville County Museum of Art and South Carolina State Museum in South Carolina; the Georgia Museum of Art and Morris Museum of Art in Georgia, and the Ogden Museum of Southern Art in Louisiana.
Follow us on Google Plus
Follow us on Facebook
Review us on TripAdvisor
Follow us on Twitter
Follow us on Instagram